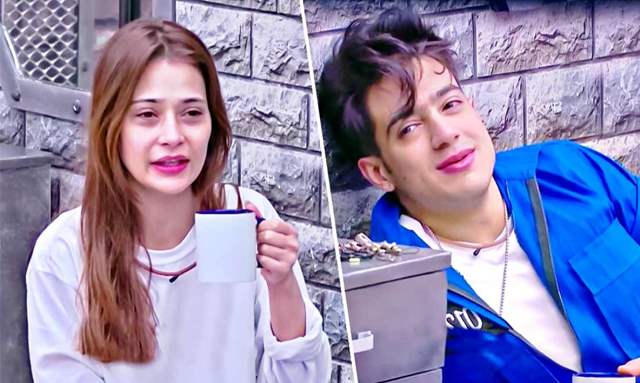 AltBalaji and MX Player’s reality show Lock Upp, which is hosted by Kangana Ranaut has 16 celebrity contestants who are ‘locked up’ in jail for 72 days. And every contestant is controversial in one way or another, and that is what landed them the gig in the show.

The show is already in buzz as soon as it started streaming. And all the contestants are trying their level best to give content to the show. Also, there seem to a love story brewing inside the jail after all as Shivam Sharma claims to have fallen in love with television actress and his co-contestant Sara Khan.

Also, Shivam went onto woo Sara with his poems. He also made a heart out of pieces of paper with Sara's name written inside. When Sara confronted him that if he has pre-planned about playing this character here, Shivam swore on his mother and said that this is his real side.

Sara even confessed that she finds Shivam cute after all. Is this the start of a new love story inside the lock up, or is it just another popularity stunt? Well, only time will say what is in store and what is about to follow.

Watch  out this space to know more about the same.

+ 12
9 months ago Already love angle in the show oh gosh. Well lets see how it turns out.