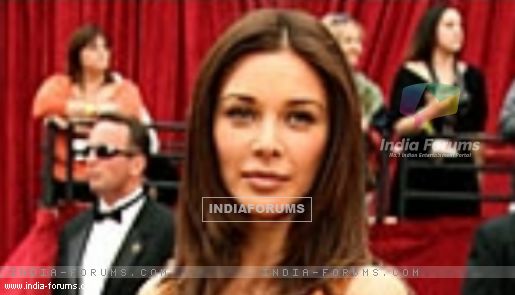 Ever since Canada-born Indian actress Lisa Ray battled Multiple Myeloma, a form of cancer, she has campaigned for the cause and spoken widely of it to spread awareness. Now, she's planning to open her own research institute for cancer in India.

The "Water" actress, who has returned to the country, says she plans to join hands with Shiladitya Sengupta, who has worked in the area of cancer research and who won the DoD Breast Cancer Research Program Collaborative Innovators Award in 2009.

Together, they want to open an institute on the lines of Boston's Dana-Farber Cancer Institute.

"Shiladitya and I share a common dream - a cancer institute similar to Dana-Farber here in India," Lisa said in a statement.

"I'm looking forward to collaborating with Shiladitya on the crucial issue of establishing resources for ongoing research into cancer treatments here in India. We have the ability to provide affordable solutions for diagnosis and treatment as well as patient support specifically designed for India," she added.

Lisa stands as an inspiration to several cancer patients as instead of wallowing in self-pity, she put herself out there and began campaigning for the cause.

Even as there's news that she is ready to make a comeback to films, Lisa is sure that she will continue doing her bit for spreading cancer awareness.

"My goal is to continue to spread awareness through the media, talks, and collaborations with medical professionals in India. Since preventative courses of action are as important, I will be writing extensively on a new blog and organising as many outreach programmes as possible in India.

"Eventually, I'd like to transform the experience creatively for the big screen and bring my experiences to that canvas to provoke even more conversation around cancer," said the 42-year-old, who also featured in films like "Kasoor", "Bollywood/Hollywood" and "Cooking With Stella".

"I believe that to transform the cancer experience in India, we need two major shifts: in general awareness, and then in funding -- both to make treatment accessible to all strata of society and to encourage research and breakthroughs here in India," she added.

Lisa has won accolades and awards due to her philanthropic efforts for cancer awareness.

She ran a blog called Yellow Diaries to document and share with the world her fight against the disease.

She even helped to establish and raise money for the first research chair for Mutiple Myeloma at Princess Margaret Cancer Centre in Toronto; filmed an educational video on stem cells for the McEwan Center for Regenerative Medicine and co-designed the Ray of Hope capsule line for Satya Paul saris, among other things.

“It's not allowed, but I have 2 pegs almost every evening”, Rakesh ...