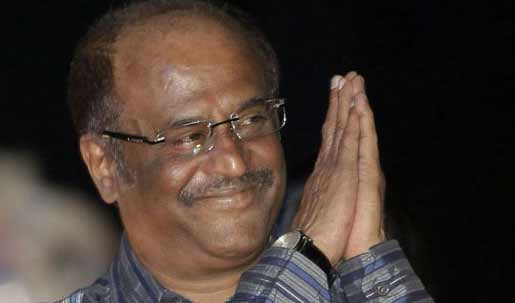 The makers of superstar Rajinikanth-starrer Tamil actioner "Lingaa", which is currently on floors in Shimoga district of Karnataka, plan to head to Europe soon to shoot two songs for the film.

"As soon as we complete shooting the climax, we plan to head to Europe to shoot two songs. We have already completed the talkie portions," the film's producer Rockline Venkatesh told IANS.

While the audio launch of "Lingaa" is planned for Diwali, its release will coincide with Rajinikanth's birthday on Dec 12.

Meanwhile, Venkatesh has pinned all hopes on his maiden Telugu production venture "Power", which is releasing in cinemas Friday.

Directed by K.S. Ravindra aka Bobby, "Power" features Ravi Teja in the lead.

"Ravi and I are good friends. He had referred me the script of 'Power'. When I heard it, I instantly agreed to produce it. Ravi gave me a lot of confidence and that's what pushed me to go ahead with the film," he said.