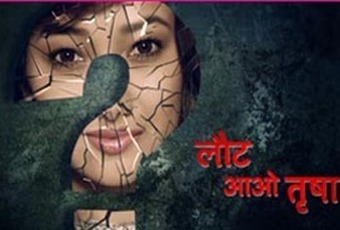 Life OK is all set and excited to launch its new show Laut Aao Trisha. While the promos have hit the TV screens and as seen in it the story seems to be very intriguing as Trisha who belongs from an affluent family goes missing. Life OK's new show Laut Aao Trisha, is sure to steal the hearts of the masses by its suspense, baffling and confusion that is seen through the promo gets a clear view.

Well elaborating a little more on the story line, the story revolves around the Swaika family, an elite higher strata joint family. Trisha is the daughter of Amrita Swaika essayed by Bhagyashree Patwardhan and Pratik Swaika essayed by Jai Kalra. One fine day, Trisha asks her father to go for a beach party with her cousins. And that is when the entire story of Trisha going missing commences. The entire missing case of Trisha will be seen handling by Eijaz Khan who will portray the character of ACP Kabir.

Every episode will bring in new drama and twist and although more each episode will come to the viewers as a shock. In the entire series of Trisha going missing and investigation going on, the hidden faces of the members of Swaika family will be unleashed.

Besides Jai Karla and Bhagyashree Patwardhan, the other actors that are a part of this ensemble are Jiten Lalwani, Adita Wahi and many more.

It will be a wait and watch game how much will the audiences' like this new trend setter show of Life OK.

Salman Khan was Asked to ‘Catch and Smooch' Bhagyashree, But What ...

What Bhagyashree said about Prabhas Goes to Prove that he is a Very ...

Bhagyashree Recalls How Kangana Ranaut Treated Her on the Sets of ...

Bhairavi Raichura : I am a shy person, hence it was really tough for ...

Shaina_b 6 years ago They really need to keep it finite and not drag it unnecessarily!!!!

..Apz.. 6 years ago This show seems to be an Indian version of US Tv film Natalee Holloway. It was a touching and gripping film. Hope they do justice to it.

leavesandwaves 6 years ago Let us see. Bhagyasree will be the star of the show.

Soni. 6 years ago Omg interesting... I love crime and thrillers. Will definitely watch this one.

This show looks interesting and off beat!

Hoping makers stick to finite storyline so that the show turns out to be likes of 24 or Yudh, instead of ruining it by adding unnecessary tracks and leading us to quit it in disgust!!!

Andromeda001 6 years ago Wow Nandita Dass is one of d producers :D

stg1 6 years ago this looks so interesting, cast is good and the original was a huge hit - waiting to watch :)

pallavi25 6 years ago Waiting eagerly for this new thriller show, for Eijaz Khan, Bhagyashree, and a great ensemble cast, Jai Kalra, Rajeshwari etc. Hope its as interesting and gripping as Ek Hasina Thi and glad that its a finite show and wont stretch forever!