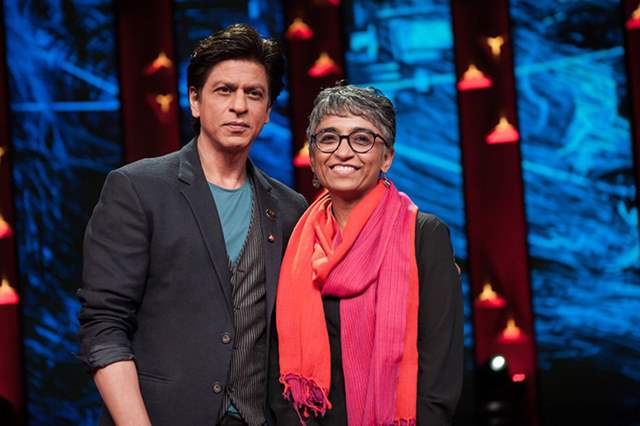 Indian television’s premier channel Star Plus, TED and Shah Rukh Khan are back with another inspiring season of TED Talks India ‘Nayi Baat’ with a stellar list of speakers that will get us thinking with their motivating stories and talks. Speaker Vibha Krishnamurthy, who is the founder of the Umeed Child Development Centre, works towards the betterment of children with disabilities and is one such story!

Shah Rukh Khan, who himself has three children of different age groups, knows the best how to deal with them on a daily basis. It is Vibha’s vision and dream that these children with disabilities be treated just like everyone. She feels, it is important to teach kids this from their formative and early childhood days. To which Shah Rukh Khan expressed, “Let kids be, let them mingle with each other and figure it out on their own. I have 3 children and I have learned this with time. I personally feel, kids with disabilities will end up teaching them something new and it will be magical.”

Vibha expressed her concern by saying, “People do try to treat all these kids equally while playing, conducting activities in school, but there are also times during birthday parties that these kids with disabilities are not invited. And, I want to change that.”

Father of 3 children, Shah Rukh Khan resonated with Vibha’s work and goals. He even praised her for her bold move and making the attempt to take care of these children.

Breaking
Breaking Saif and Kareena Confirm Pregnancy News in an Official ...
55 minutes ago