View Profile
The dawn of the 14th August, 2011 saw the end of an era in Bollywood. Legendary actor Shammi Kapoor, who was 79 years old, passed away in Breach Candy Hospital at 5:15 am IST. Kapoor succumbed to chronic renal failure after being hospitalized and being on ventilator support for the past week.

With his unmatched class and style, Shammi Kapoor set a benchmark for the Hindi cinema. His dedication to and passion 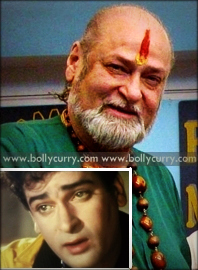 for his work can be seen in movies such as Tumsa Nahin Dekha, Dil Deke Dekho, Junglee, Teesri Manzil, An Evening in Paris and Bramhachari, along with many more colorful hits of the 1950s and 1960s.

Living  his life to the fullest and embracing every aspect of it, Shammi Kapoor was a vibrant spirit, one whose loss will be mourned by young and old alike.

Big B's tweet on Twitter only acts as testimony to this fact: "Shammi Kapoor ji passed away this morning at 5.15 a.m.. Rushing there now.. The flamboyance and the joie de verve of the Industry lost!" He further tweeted, "Shammiji... An entire life full of optimism & happy spirit, caring loving to all... Now suddenly silent."

Shammi Kapoor's death has left a void in the Industry that can't be filled by anyone!

Huma Qureshi Loses Cool; Says She has been 'Unnecessarily ...
a minute ago

2020 is Turing Out to be a Fruitful Year for Prabhas!
a minute ago