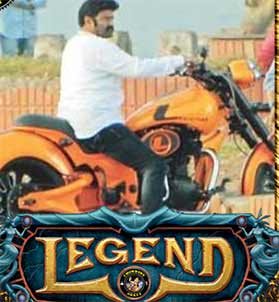 "Post the release of the film, the makers are planning to auction the bike for a noble cause. The amount collected from the sale will go to Basavatarakam Cancer hospital. They are actually planning to organise an event for this soon," the film's spokesperson told IANS.

Balakrishna will be seen driving an orange coloured tailor-made Harley in the film, which also features Radhika Apte, Sonal Chauhan and Jagapathi Babu in important roles.