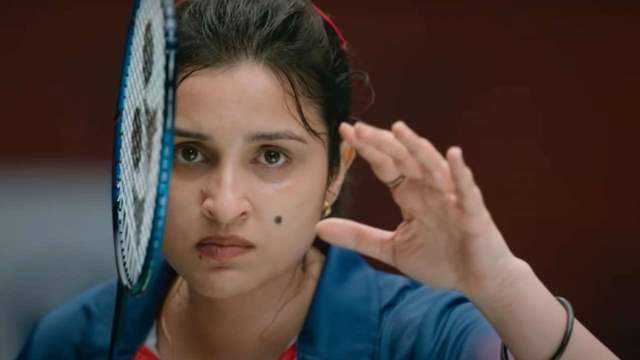 Parineeti Chopra's film Saina released today in theatres and as per the critics, this film based on the life of Indian badminton champion, Saina Nehwal is in true sense a biopic. Unfortunately the movie has been leaked online and has fallen prey to piracy.

As per reports in the media, the movie is leaked and available on Tamilrockers, movierulz, telegram and a few others. This can be a big blow on the exhibitors as the cinemas have already suffered losses due to Coronavirus lockdown and with movies being leaked online, it can go worse.

Directed by Amole Gupte, this Parieeti Chopra starrer marks the actress' first film in theatres after the lockdown was lifted. Last week’s release Mumbai Saga starring John Abraham and Emraan Hashmi too had leaked online and was made available on the above mentioned sites. This is not the first time. Many Bollywood movies in the past as well were leaked online, thus causing major financial losses to the makers and exhibitors. Just like Mumbai Saga, Saina also leaked online on the same day of its release.

Parineeti who thoroughly got under the skin of her onscreen character, has recently shared that the badminton Champion revealed minutest detail of her life. “Yes, you might find things a little magnified in a filmy way, but the film is entirely the way she has led her life,” said the actress.