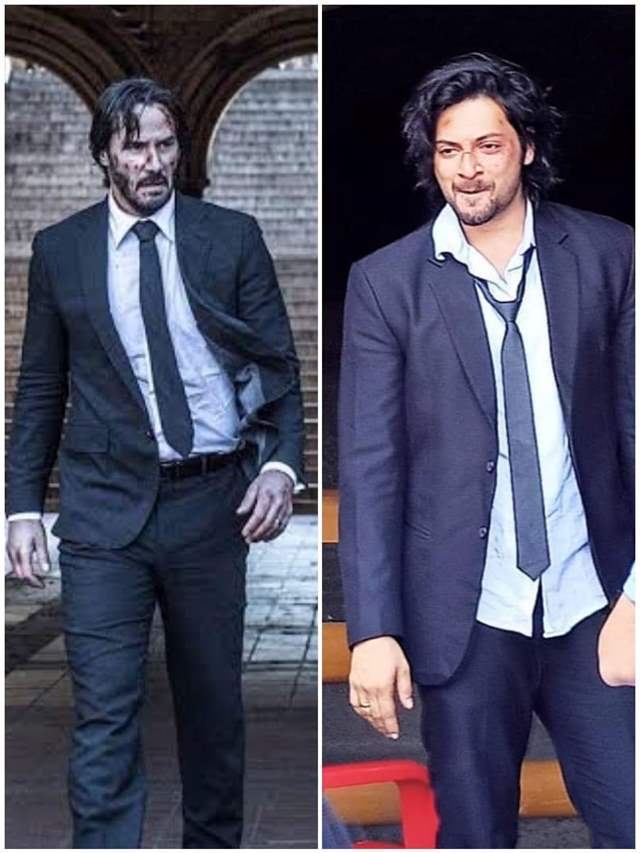 Amid heightened security, on a set cordoned off by all authorities, Ali Fazal shot for an elaborate schedule of a series. Onlookers report that the week-long stint was manned by multiple layers of checks, not allowing any details to trickle out. But on his way back to the vanity van, Fazal was snapped by fans.

The Mirzapur star was a hit with locals who were eager to get his attention. The actor’s look, wearing a dapper suit, donning long hair, bears a striking resemblance with that of Keanu Reeves from the hit franchise series John Wick. While it's still unknown if the actor’s character itself bears any resemblance to that, Ali surely pulls off the look with panache.

It was a tight schedule and Ali plays an interesting part in the series. Anything about the story itself will be a spoiler. The look itself is intriguing and one can’t miss him in the John Wick look. The series has been shot and will be released by a major OTT bigwig later this year.

The actor also kicks off shoot of his next, the comic caper Fukrey 3 even as buzz around the next instalment of Mirzapur intensifies.