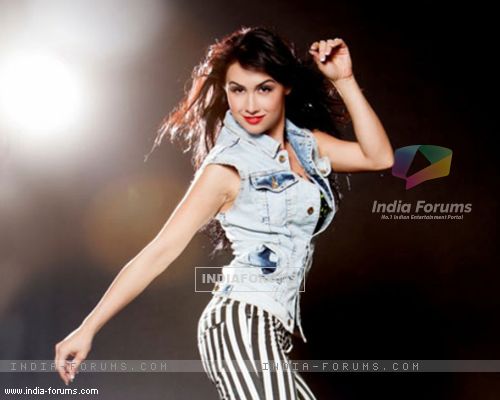 The team of the film had launched the song 'Calcutta Kiss' on Howrah Bridge, where 50 dancers had done a flash mob. And they will now be launching the video to the song on the coming Monday.

Lauren will be jiving on the song Calcutta Kiss with four guys in masks of Byomkesh Bakshy. The song has a very stylish setting. The makers of the film are releasing two versions of the song. They will have one version for the television and another version that will release digitally. It is an extremely sensual and seductive dance number with Lauren in a sexy attire.

The makers have made two versions of this song, one of which is extremely seductive and will release digitally. This video will have a rather steamy and sexy Lauren dancing on the beats of the song.

Detective Byomkesh Bakshy is set during the second world war, during 1943 Kolkata. It promises viewers to expect the unexpected and is slated for release on 3rd April.