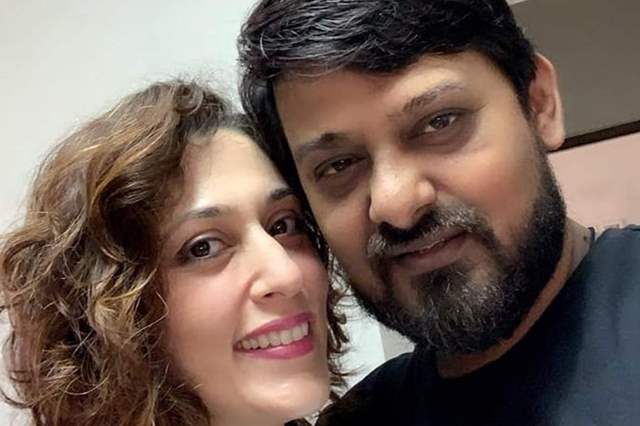 This year has certainly been one of the worst as we know already where apart from the pandemic, we have also lost some of the most loved public figures. From the likes of Sushant Singh Rajput to Rishi Kapoor, Irrfan Khan to composer Wajid Khan, we have lost all these souls.

And when it comes to Khan, it was one of the more shocking ones where atleast for the common viewers, it was a huge shock as it came out of nowhere.

After all these months of his demise, Khan's wife, Kamalrukh has penned a long note talking about being an inter-caste marriage and what led to their union being destroyed. A Parsi by birth, she married Khan, a Muslim. In her note, she also revealed the rason for their separation. Khan chose to talk about this after the debate of anti-conversion bill has been intensified. She wrote, "I am Parsi and he was Muslim. We were what you would call "college sweethearts". Eventually when we did get married, we married for love under the Special Marriages Act (an act that upholds the right to practice one's own religion post marriage). And this is why this current debate surrounding the anti conversion bill is so interesting for me. I want to share my ordeal and my experience in an inter caste marriage - that in this day and age, a woman can face such prejudice, suffering and discrimination in the name of religion is a complete shame...and an eye opener.”

Further, she explained that her resistance to convert to Islam led to differences between her and her husband. She wrote, "My simple parsi upbringing was very democratic in its value system. Independence of thought was encouraged and healthy debates were the norm. Education on all levels was encouraged. However, post marriage, this same independence, education and democratic value system was the biggest problem for my husband's family. An educated, thinking, independent woman with an opinion was just not acceptable. And resisting the pressures of conversion was sacrilege. I have always respected, participated and celebrated all faiths. But my resistance to convert to Islam drastically widened the divide between me and my husband, making it toxic enough to destroy our relationship as husband and wife, and his ability to be a present father to our kids. My dignity and self respect did not permit me to bend backwards for him and his family, by converting to Islam.” She even accused Wajid Khan's family of using scare tactics to get her to convert-

Kamalrukh Khan in the end penned that Wajid Khan was a very great singer-composer but she wished he had dedicated time to family. She even revealed that she is still being harassed by his family.

Irrfan Khan's last film 'The Song Of The Scorpions' to release in ...

ChickenSoup 1 months ago I personally don't agree with interfaith marriage but I don't understand why she's revealing these things now. After the man is dead and gone, she chooses to speak out which is quite strange. And if she was constantly being harassed by her in-laws then why speak up now after Wajid's demise? Why not go to the police and have them arrested?