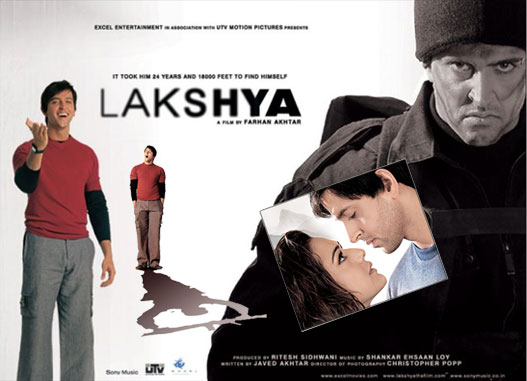 It's been 11 years since actor-filmmaker Farhan Akhtar's second directorial "Lakshya" paid a tribute to the Indian armed forces.

The actor took to micro-blogging website Twitter on Thursday and wrote: "11yearsofLakshya & still climbing. Salute to our armed forces and a big shout out to the entire cast & crew".

The 2004 Indian war drama film revolves around an unambitious man, who finally finds his mission in serving the country. It stars Hrithik Roshan and Preity Zinta.

+ 4
5 years ago I love this movie. Congos to Farhan and a salute to the Indian Armed Forces