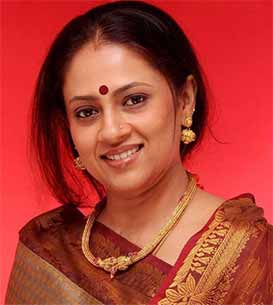 Actor-filmmaker Lakshmy Ramakrishnan has titled her next Tamil directorial "Nerungi Va...Muthamidathe", which will focus on the recent petrol crisis in Tamil Nadu.

The film will be a commercial entertainer unlike Lakshmy's directorial debut "Aarohanam", which addressed a domestic issue from the perspective of a woman.

"'Nerungi Va...Muthamidathe'! (This is the) title for my next directorial venture, produced by A.V. Anoop for A.V.A productions. Shoot commences March 27. (I'm) waiting to say action," Lakshmy posted on Twitter page.

The film feature Piaa Bajpai and Shruti Hariharan in the lead, while the male lead is yet to be finalised.