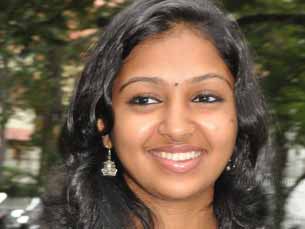 Actress Lakshmi Menon, who has so far impressed with different roles on screen, is making her debut as a singer in the upcoming Tamil film "Oru Oorla Rendu Raja". Lakshmi recently recorded the song with the film's composer D.Imman.

"Glad to introduce #Lakshmimenon as a singer for #Oruoorularenduraja starring #Vimal and #PriyaAnand in the lead," posted Imman on his Facebook page.

As an actress, Lakshmi is known for films such as "Kumkia, "Naan Sigappu Manithan" and "Manja Pai".

Rahul Vaidya wants this singer to perform at his wedding