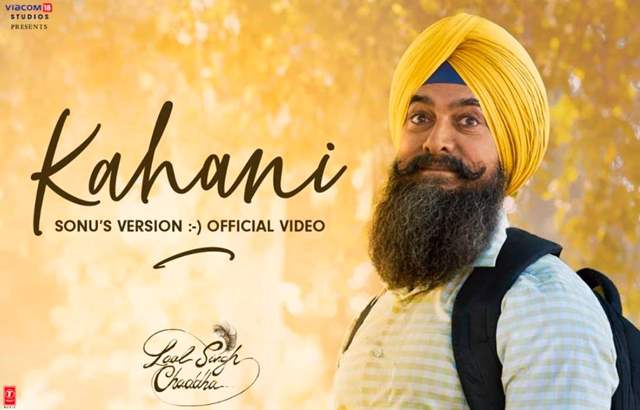 Aamir Khan starrer Laal Singh Chaddha is currently gearing up for its release and fans couldn't be any more excited about the film hitting theatres. With everything working in favor of Laal Singh Chaddha, one fragment which worked the most was Laal Singh Chaddha’s unique music strategy. All the songs are received well by the audience and fans can not have enough of them. But one thing which has garnered the attention of the world audience is that the makers have released all the songs in audio form before releasing them in video format.

Not only are all songs appreciated by the listeners but it has also created curiosity among them to see more from the film. By putting composers, singers, lyricists & technicians under the spotlight, the makers of Laal Singh Chaddha have given space for every artist to grow, flourish and rise.

From ‘Kahani’, ‘Main Ki Karaan?’ to  ‘Phir Na Aisi Raat Aayegi’ and ‘ Tur Kalleyan’, all the songs are equally soothing and soulful. Each of their verses is deeper than one can ever perceive and every single word has Laal Singh Chaddha’s tale carved into it. This music strategy has compelled the audience to relate to Laal Singh’s story of self-love and understand the meaning of his life before the film hits the theatres.

The makers of Laal Singh Chaddha have time and again proved to the world that a film can work without actors dancing in the music video and a soundtrack doesn't need the backing of visuals. They have emphasized the idea of lyrics being sufficient to narrate the story and to add meaning to the songs. Here is to the music strategy of Aamir Khan Productions being paid off well!

2Jewellery 2 months ago Good to hear.