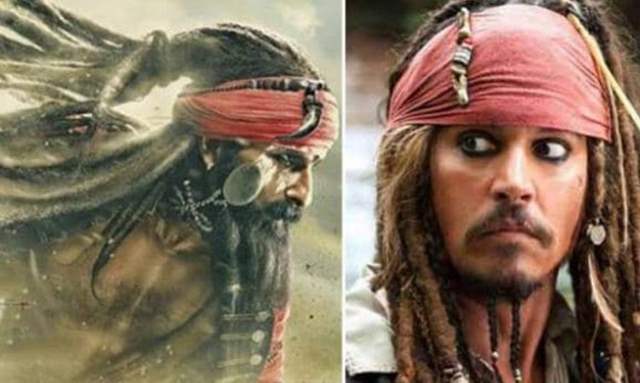 The Nawab of Bollywood, Saif Ali Khan is best known for investing more than his hundred percent in every character he takes up and delivers it with utmost honesty. His work speaks for him and the actor leaves no stone unturned in delivering his best performance on screen with his every new project. His upcoming film Laal Kaptaan will see Saif in a never before ‘Naga Sadhu’ avatar, and the early posters from the film have already started to create a lot of buzz online.

Right after the makers released the first poster of the film, which features Saif in dreadlocks and ragged beard smeared in ashes, fans were quick to compare the look to Johnny Depp’s Jack Sparrow look in the Pirates of the Caribbean.

However, Darshan Yewalekar, who styled Ranveer Singh’s look in Padmaavat, and has worked on Saif’s hair and beard look for this action drama film, defended these comparisons and called it a mere coincidence. 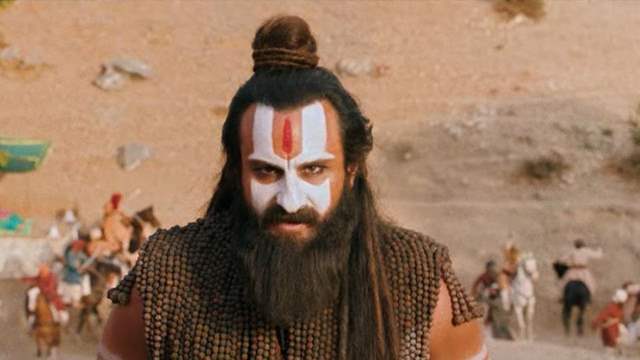 In a conversation with DNA After Hrs, when stylist Darshan Yewalekar was asked whether Depp’s look was kept in mind while designing Saif’s avatar for Laal Kaptaan, he refused straight away and revealed how he visited the ghats to establish a vision of a naga sadhu, as required for the film.

“No, we hadn’t thought about it at all. The only vision was to create a naga sadhu. I went to Varanasi where a few of my friends had rare pictures of them. When you say naga sadhu, the first thing that comes to your mind is the bhabhuti — the white powder, dreadlocks, scruffy beard and red tikka. There were a few places where he had to wear a bandana and on the set, we felt it may be close to Johnny Depp’s look. It’s a mere coincidence that the look is similar,” Darshan told DNA.

Further, Darshan went on to add how in today’s time, any original idea can be easily stated to be copied from the West. He also remarked that there are chances that Depp may have picked up the idea of his look from naga sadhu.

“But in today’s age even if I design something authentic, it will be found replicated with Hollywood or French cinema. Maybe Depp picked it up from naga sadhu because it goes well with his character brief — pirates also sport long hair and don’t shave! Honestly, when you see Laal Kaptaan, you’ll see he is a naga sadhu. Only because he has dreadlocks is he being compared to the Pirates of the Caribbean star,” Darshan added.

Talking of the film, written and directed by Navdeep Singh, Laal Kaptaan revolves around the life of a Naga Sadhu on the hunt to seek revenge. The film is slated to release on 18 October 2019.