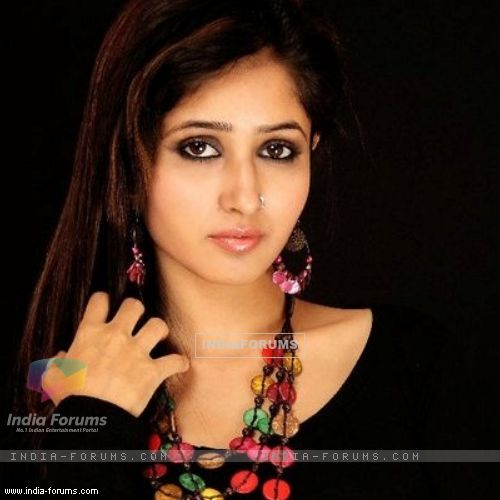 Ravi Ojha's popular show Gustakh Dil on Life OK has kept the audiences' hooked to the show by it's interesting story and the chemistry between the on-screen couple Nikhil (Vibhav Roy) and Laajo (Sana Amin Sheikh). As seen in the show the viewers have seen Laajo's transformation from being a desi girl to a modern girl.

Laajo is seen in a modern avatar as she gets an opportunity from Sagar Khurana (Siddhant Karnick) who is the father of Mili and he launches Laajo who is the tuition teacher of his daughter Mili.

In the recent episodes we have seen that Nikhil comes to know about Laajo being Trisha through the photo shoot. Nikhil sees Laajo's hoardings and gets shocked to know about her modeling interest.

The audiences' will get to see a turning point in the life of Laajo in Gustakh Dil. In the upcoming episodes, Laajo will have a major wardrobe malfunction during the ramp walk.

According to the sources, "This wardrobe malfunction will be planned by Ratri (Leena Jumani) to make Laajo embarrassed in front of the audience. Ratri who was waiting for an opportunity to take revenge from Laajo finally succeeds in her plan. Ratri hates her as she is the competitor of her and the other reason is that she started falling for Nikhil so to fulfill her revenge Ratri unstitches Laajo's dress due to which on the ramp walk she suffers a malfunction."

Further our sources added, "This incident will demoralize Laajo. At that time Nikhil will encourage her to come out from the nastiest incident. Nikhil motivates her to walk on the ramp walk again and cheers up her mood to recover from the miserable incident which has occurred."

Will Nikhil be able to get Laajo's confidence back after the incident? Will Laajo continue her modeling dreams ahead?

sami01 6 years ago Sana Amin Sheikh and Vibhav Roy you are both very talented people, I hope this track of

ASH_99 6 years ago Really waiting for the track!! Sana Amin sheikh and Vaibhav Roy you rock.

Kazimierz 6 years ago Wow finally Laajo's husband Nikhil will help her to come out this dreadful time eagerly waiting this track...Laajo you are the best keep rocking &lt;3 &lt;3 &lt;3

ASH_99 6 years ago Wow something really interesting coming up. finally Lajjo and nikhil together. Sana Amin Sheikh, Vaibhav Roy, Sidharth Karnik you all are doing great job. Well done and looking forward to see this track!!

sami01 6 years ago wow my dear nik would help her,that is simply beautiful to find out am so happy