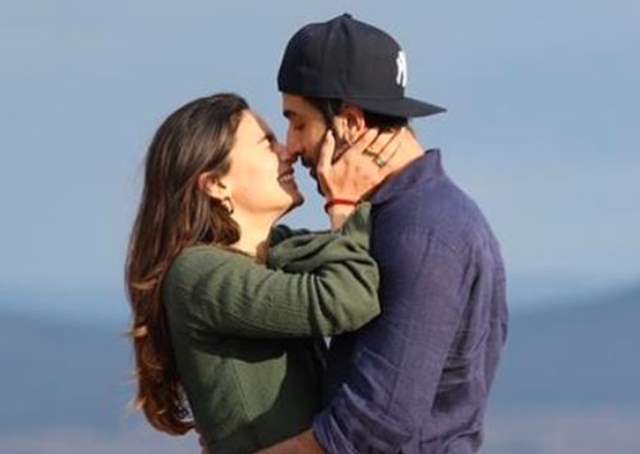 The 7th season of the much-anticipated talk show Koffee With Karan commenced with a lot of fun, games, gossips and revelations. The first episode was graced by the dynamic duo and new ‘sakhis’ in town, Ranveer Singh and Alia Bhatt.

While a lot brewed in the one hour episode, the part where Alia Bhatt unveiled her proposal story melted the hearts of the audiences.

While discussing her relationship with Ranbir, Alia spoke about her husband's surprise proposal to her right in the middle of Maasai Mara National Reserve in South Africa.

Not disclosing major details about it the Gangubai Kathiawadi actress said,

"It is a personal and special moment to me and I wish to keep it to myself. But I would like to say Ranbir totally blew my mind away with his planning. I wasn't even expecting it and we weren't even talking about it.”

“Yes, we were talking about it but there was so much happening like the pandemic so we thought of not discussing it and going with our feeling. That's what he did. He didn't tell anyone and carried the ring to the most amazing place- Maasai Mara National Reserve. He proposed to me right in the middle of the jungle. After it was over, he had planted a guide to take our picture also. After it was done, I was still dealing with the shock and got to know he managed to get the pictures too. He knows how much pictures matter to me."

For the unversed, Alia Bhatt and Ranbir Kapoor tied the knot on 14th April in an intimate ceremony with only close family members and friends in attendance. Just a few days ago, the power couple announced their pregnancy as Alia Bhatt shared a post on her Instagram account revealing the same.

Talking about the episode, it was an overall entertainer packed with emotional anecdotes as well as instances that would make your belly hurt of laughter.

+ 8
2 months ago she wasnt even expecting it and they werent even talking about it. ahem ahem.