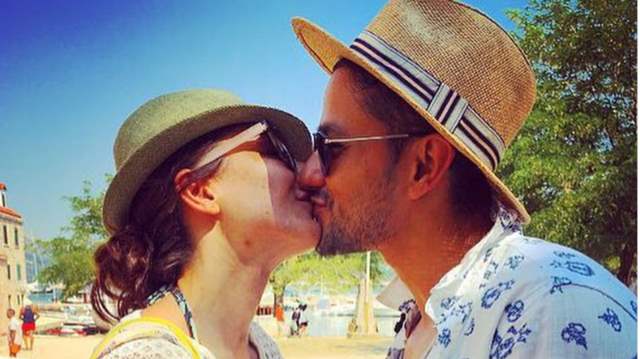 Soha Ali Khan has all the reasons to be delighted as the actress is celebrating her birthday today. All her friends, fans and family members have been sending her best wishes and greetings for the day.

But now, the much-awaited and special wish for Soha is here and you are surely going to be all hearts for it. Kunal Kemmu took to his social media handle and wished Soha with a photo dump of hers and their pictures, while penning a lovely note.

We get to see Soha at her best and in her worst candids in the set of pictures shared by Kunal. It also have their mushy pictures which cannot be missed. The two can be seen stealing in kiss in one of the clicks. Along with this photo dump Kunal penned, "To my forever muse, Funny sleeper, Someone I drive nuts. Someone i am nuts about, My partner in everything I love to do even when it might not be something that she loves.. ok I got carried away. Only in things that she loves. After all she is a princess. My princess and we can be royals or dress up like them at least 😉 Happy birthday my love my forever sunshine ☀️ @sakpataudi".

A few days ago, Soha and Kunal celebrated the 5th birthday of their little princess Innaya. Pictures and videos from the part had taken over the internet.

For the unversed, in 2009, Soha Ali Khan and Kunal Kemmu initially ran into each other while filming Dhoondte Reh Jaoge. The stars began dating while their second movie, 99, was being filmed. In 2015, the couple married privately in front of friends and family after Kunal proposed to Soha in Paris.

They are now parents to 5-year-old daughter Innaya and the family is often seen sharing adorable family pictures from their outings and festivities.