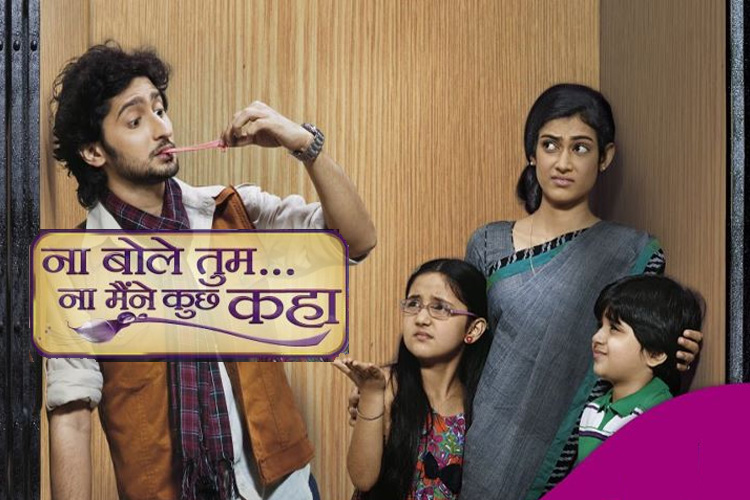 Colors' extremely popular show, Na Bole Tum Na Maine Kuch Kaha was the launchpad of actress, Aakanksha Singh into the television industry and yet another feather to the cap of actor, Kunal Karan Kapoor.
The show was also one of the few ones to have spawned a second season, which wasn't really a popular concept back then.
Even though, the show isn't a part of your daily lives anymore, it certainly cannot be forgotten, where it went on-air on 9th January 2012, over 6 years ago.
On the completion of six years, Aakanksha Singh posted the first promo of the show with a special message, thus thanking everyone responsible for the show's success-

Do you still miss the show? Leave in your comments below..

3 years ago Would have been nice to see all this talented crew come together for a celebration and an interview. We fans would have an opportunity to see them together again. Missing the chemistry of Kunal Karan Kapoor with all the characters in NBTNMKK.

3 years ago Wishing a great future to all crew and casts of NBTNMKK. May all of them be happy and successful in life. And Kunal Karan Kapoor's return will make all of us fans happy.

3 years ago Thank you Kunal Karan Kapoor for making NBT memorable.It's a pleasure watching you onscreen.Come back soon please!

3 years ago Still sit amazed when watching this show.. even after 6 years it is still mesmerizing. Hats off to Kunal Karan Kapoor and the whole team.

3 years ago Congratulations... and we are waiting for another such great show. Of course with Kunal Karan Kapoor and Dushyant Wagh.

3 years ago The article and Aakanksha's IG post with 1st promo of NBT made me nostalgic.Miss those golden NBT days.Thanks to Colors,Sudhir sir and Sonal maam for giving us the most iconic male lead character of Indian TV Mohan Bhatnagar played by Kunal Karan Kapoor.

+ 2
3 years ago NBT is one of the best shows created on Indian TV.Thanks to the channel,PH,entire cast and specially Kunal Karan Kapoor for giving us such masterpiece!

3 years ago NBTNMKK was a lovely show that was a platform to display the talented performers and crew. Some of them have made it good and are very successful. Happy for Aakanksha Singh, Rinku Karmarkar, Ashnoor Kaur, Reem Shaikh, Madhuri Sanjeev, Vishesh Bansal, Neelu Kohli, and Dushyant Wagh. Just waiting for Kunal Karan Kapoor to return with a bang.