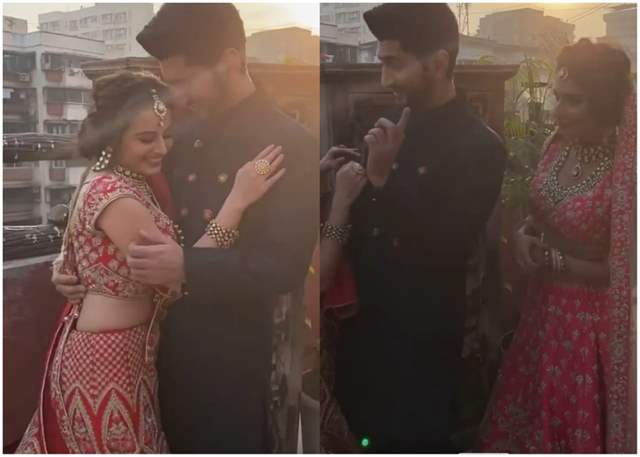 Kunal Jaisingh, who rose to fame with Mann Ke Awaaz Pratigya and has done a handful of shows later, has definitely become quite the household name. While he continues to have his fans in awe of him, his recent videos with Aneri Vajani and Shrneu Parikh sure caught everyone's attention.

Kunal has worked with both the ladies on his last two shows. While he was seen with Aneri in Pavitra Bhagya, which was pulled off-air during the lockdown, he worked with Shrenu in two shows, namely, Ishqbaaaz, and the spin-off show, Dil Boley Oberoi.

The actor spoke about his equation with both the leading ladies and had the nicest of things to say while highlighting how they share a great bond. He went on to say to The Times of India, ''Both are lovely and very warm individuals. I have an amazing bonding with both Shrenu and Aneri. The bonding has developed over the years and has turned into a beautiful and comfortable friendship. We are now more like friends rather than colleagues. While I had known Aneri for a very long time with Shrenu, I bonded during the course of our show.''

Kunal also spoke about the show going off-air within a very short span of time, and while talking about it, he added how they started shooting before the pandemic and they got good TRPs but the lockdown put things on a break and the relaunch did not do well. However, he did add that they were prepared for the show to go off-air in case it does not do well.