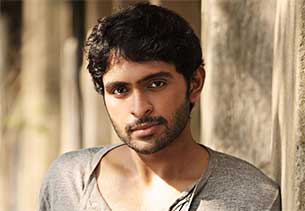 After tugging at heartstrings with Tamil emotional drama "Haridas", its director G.N.R Kumaravelan has joined hands with Vikram Prabhu for a yet-untitled romantic-action entertainer in the same language.

Critically acclaimed film "Haridas" is the story about a father and his autistic son.

"I wanted to follow up 'Haridas' with an action film because I didn't want audiences to typecast me. This (new) film has a military background and tracks the story of an army officer along the border of Kashmir. He falls in love with a localite. I wanted to explore romance against a very different backdrop," Kumaravelan told IANS.

Vikram Prabhu, who had earlier featured in roles such as a mahout and college student, will be seen as an army officer for the first time.

"Vikram was the first choice because he has the physique and height to play an army officer. I have seen his work in 'Kumki', and I thought he was great. I'm sure he would be appreciated in this role by audiences," he added.

The film, which is slated to go on floors soon, will be shot in real locations along the border.

"We thought it would make sense to shoot in real locations. My producer will travel to Delhi soon to seek permission from concerned authorities to shoot in these locations," said Kumaravelan.

The hunt for the leading lady for the film is on. The project will be produced by Raaj Jain.