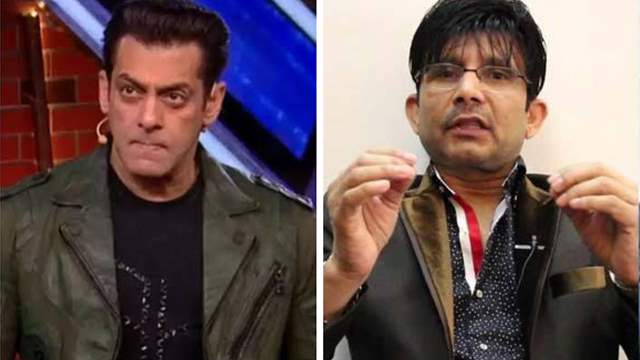 The fight between Bollywood star Salman Khan and Kaamal R Khan seems to be catching fire with each passing day.

On Monday, KRK took a dig at Salman and called him ‘Gunde Bhai’ and even vowed to destroy his career. In a new tweet, he wrote:

Kamaal R Khan did not take any names but referred to Salman Khan’s upcoming movie Antim: The Final Truth.

A few days ago, Salman Khan filed a defamation case against Kaamal R Khan aka KRK. While KRK alleged that the complaint was sent to him over his unfavourable review of Radhe: Your Most Wanted Bhai, Salman’s lawyers issued a statement and clarified that the complaint has been made against KRK for his defamatory remarks against Salman Khan, his production house, NGO Being Human and his family and allegations of money laundering.

On Saturday, KRK posted a new video on his Youtube channel and said that he will not apologise to anyone, as he hasn't done anything wrong. He even claimed that More than 20 Bollywood people sent him messages supporting him in the fight against Salman Khan.

1 months ago A person who can't handle his own career wants to destroy career if a Megastar. And what's wrong being a TV actor? This man used to called SSR a tv actor. He looks down on TV actors. A tv actor has a better career than this coward loser krk