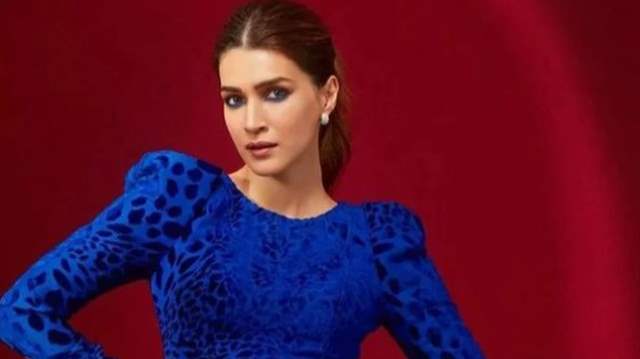 Kriti Sanon has been in the industry for quite a few years now and has been proving her mettle with her acting stints. Kriti Sanon has carved out a niche for herself and has captivated the hearts of her fans with some of her finest performances.

Well, the actress not only holds a place for her acting, but her style statement is something which is often talked about. Talking about this, Sanon's pictures from her latest photoshoot in Lalith Maalouf outfit caused a stir on social media.

The Mimi actress was seen sporting an ink blue little dress with a long trail left behind. She opted for a dramatic yet classy make up look. With nude lip shade, her eyes were laden with blue kohl giving it a bold look and accentuating her face. Kriti completed her look with matching blue stilettos.

Kriti Sanon is an active social media user and is often seen sharing pictures and videos documenting her personal and professional life.

The actress has a bunch of film sin her kitty, when it comes to her work engagements. She will next be seen in Shehzada alongside Kartik Aaryan. This will her 2nd coolaboration with the actor after theor hit rom-com Luka Chuppi. She will also share screen space with Varun Dhawan in Bhediya which is touted to be a very unique film and will see the actors in their never-seen-before avatars.

Apart from this Sanon has also wrapped shooting for Ganpath part 1 wherein she will star alongside Tiger Shroff, again for the 2nd time after their debut film Heropanti. 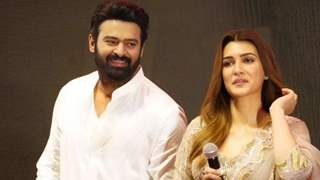 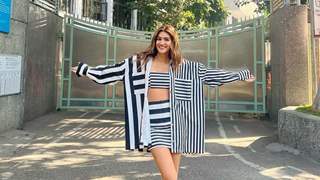