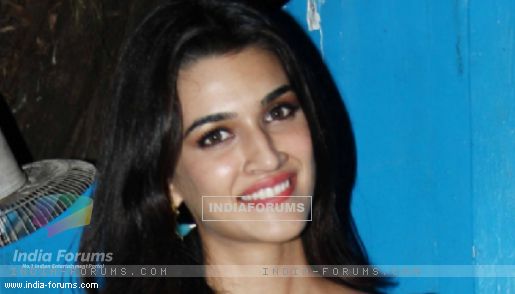 Ever since writer Chetan Bhagat has started writing for his next novel "Half Girlfriend", which will be made into a film, a string of names has cropped up for the female lead in its big screen adaptation.

Ekta Kapoor will produce the film, while Mohit Suri will direct it.

Alia Bhatt is one of the actresses who tops the list, but a source reveals Kriti Sanon too is being considered for the role.

"Ever since 'Heropanti' has been released, Kriti has been flooded with offers. Kriti is strongly being considered for the lead role in Half Girlfriend," said the source.

Bhagat is all set to launch the novel Oct 1 in the presence of Suri and Ekta.