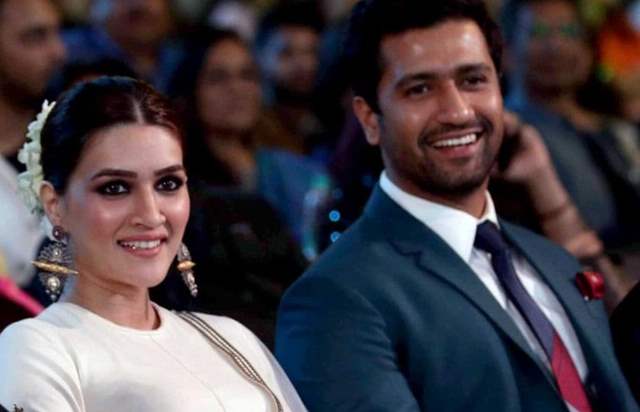 Kriti Sanon is currently on cloud nine as she recently won her first Best Actress award. The actress was present at IIFA 2022 where she was honoured with an award for her spectacular performance in Mimi. After winning the award, Kriti couldn't contain her excitement and shared a heartwarming note on social media.

The Luka Chuppi actress has now posted a lovely candid picture with Vicky Kaushal from IIFA 2022 revealing their award ritual, which now has an add-on.

Sharing the adorable image in which both can be seen cheering she wrote,

"Continuing our ritual of sitting together at award functions And this time taking it a step forward by winning together too!! Wohhoooo! Congrats @vickykaushal"

Vicky too reshared the story congratulating the actress. Isn't it just adorable? We just love this friendship between Kriti and The Uri actor.

For the unversed icky Kaushal won big at the International Indian Film Academy Awards (IIFA) 2022, held at the Yas Island of Abu Dhabi. He bagged the IIFA Best Actor Award for his film Sardar Udham, directed by Shoojit Sircar.

On the movie front, Kriti Sanon was last seen in Bachchhan Paandey alongside Akshay Kumar in the film. Next, she will be seen in Bhediya with Varun Dhawan. The actors have completed shooting for the movie. Besides Bhediya, Kriti has three more exciting films lined up in the pipeline. 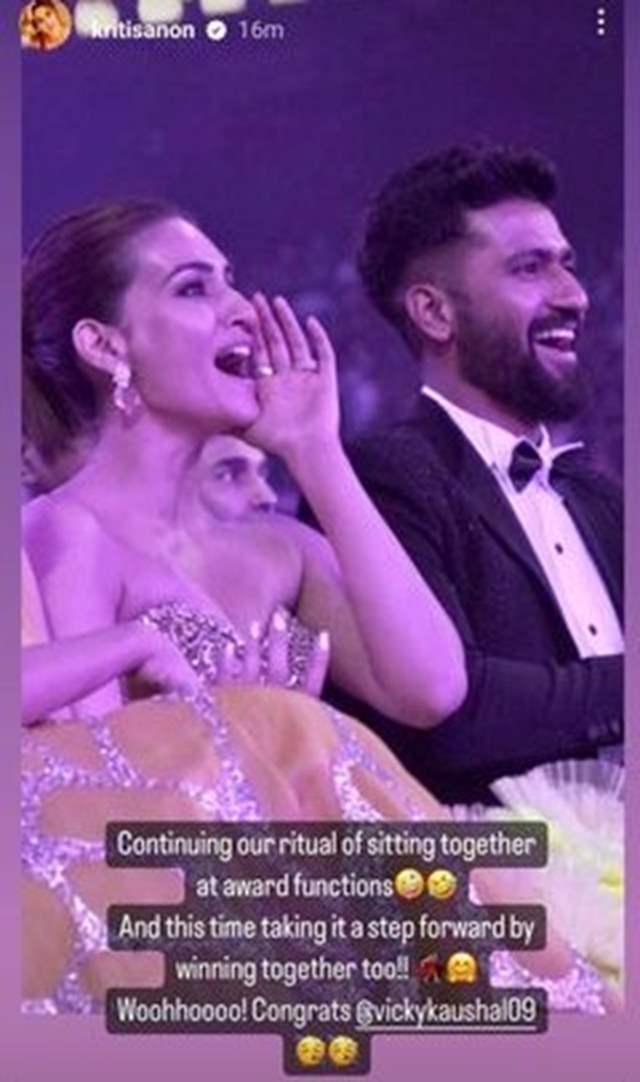 Kriti will be reuniting with her Luka Chuppi co-star Kartik Aaryan for Shehzada. The actress also has Ganapath with Tiger Shroff. And the actress will be seen in Adipurush with Prabhas and Sunny Singh.

Vicky will next star in Govinda Naam Mera alongside Kiara Advani and Bhumi Pednekar. He also has Laxman Utekar's untitled movie with Sara Ali Khan and Meghna Gulzar's Sam Bahadur in the pipeline.

+ 12
3 months ago Congratulations to both of them

+ 14
3 months ago Congratulations to both of them for winning IIFA award! 🙌🏻