View Profile
Konkanis from around the world gathered this weekend in the US for a three-day program - The Konkani Sammelan. The event will feature some noticeable names from the community whilst honoring prominent figures such as Amrita Rao and filmmaker Shyam Benegal being among the few. 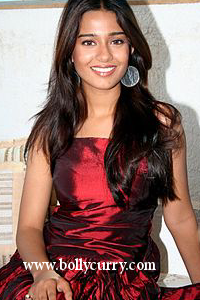 Just before the felicitation, Amrita spoke up about being honored humbly with the recognition. She furthermore let out her worry of not being able to address the crowd in fluent Konkani as the elder generation tend to think that the new generation cannot complete a sentence without the aid of English words.
Benegal also put forward his well-wishes for Amrita, sighting her as a very talented actress and noting her performance in his own film, Welcome to Sajjanpur. Apart from that, he admires the witness of her growth in talent and acting.
Expanding on his keynote speech, Benegal let out his thoughts about Konkani being one of the micro communities of India, a statement that was unanimously agreed upon by other Konkanis present. The filmmaker also stated that such events are held to appreciate the work and achievements of each other rather than throwing light on the gathering.
Kalpana Lajmi and Amrita's sister were also from the film fraternity who were present at the celebrations.
One thing we can say for sure is that even the smallest of the communities can bring about the biggest of changes, including the film industry. If nothing, then the achievements Amrita Rao stand as a proof, and BollyCurry wishes them all the best for future.

Amirta Rao Waives Off Rents of her Tenants; Requests others to Not ...