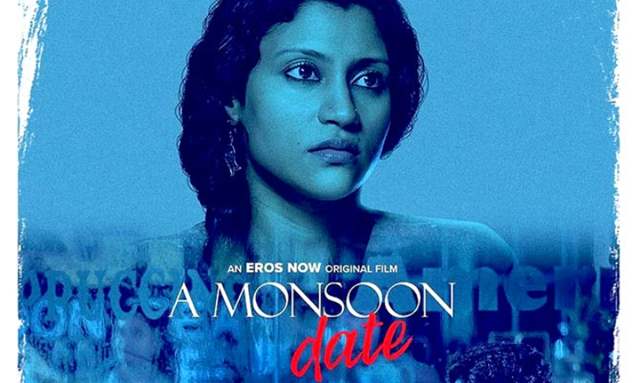 Eros Now, South Asia’s leading streaming entertainment service owned by Eros STX Global Corporation (NYSE: EROS), a Global Entertainment Company has been persistent in creating innovative and original content across various languages to entertain their global audience. Underneath all of the blockbusters, new releases, classics, and B-movies that Eros Now has been offering, there is a whole section devoted to ‘Orginal short films’. One such original short movie - ‘A Monsoon Date’ has been awarded as the best short film at the Indian Film Festival of Cincinnati!

Helmed by Tanuja Chandra and written by Gazal Dhaliwal, the film boasts a star-studded star cast of Konkana Sen Sharma and Priyanshu Painyuli. The 20 mins and 43 secs original movie revolves around the journey of a young woman who experiences bitter-sweet moments during a trip to see her admirer.  The short film not just ensures to keep the viewers glued to the screen but also takes the liberty to narrate a thought-provoking story that would remain in the hearts of the viewers long after the credits have rolled.

Sharing the excitement of winning the best short film award at the Indian Film Festival of Cincinnati, the lead star of the film, Konkana Sen Sharma shares, “I am very elated and happy with the news! I believe A Monsoon Date is one such short film that manifests the thought that good stories or unique content doesn’t need to belong but can have a huge impact. Additionally, I want to congratulate the entire team because I know how much each member of the team has put in their heart and soul to the project.”