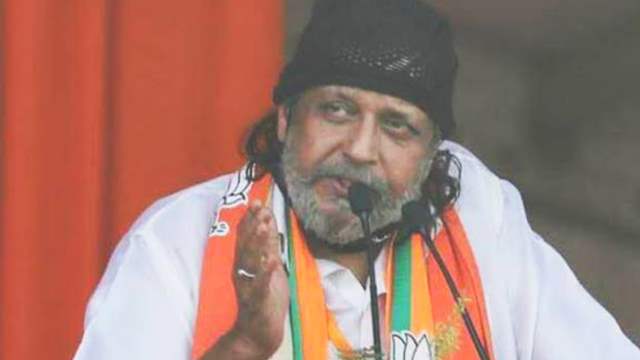 Bollywood actor and BJP leader has Mithun Chakraborty has invited legal trouble over his recent election rally during his campaign for the Bharatiya Janata Party (BJP). Mithun had campaigned for BJP ahead of the March-April West Bengal polls.

As reported by Times Now, the Kolkata Police has issued a notice to Mithun Chakraborty over his controversial BJP rally and he has been asked to join the probe virtually on June 28, 2021.

Earlier this month, it was reported that Mithun Chakraborty was questioned by the Kolkata police virtually over his election speech during Bengal elections. Reportedly, Mithun was questioned for about 45 minutes via video conferencing for allegedly “preaching violence” in his speeches. Mrinal Kanti Mukherjee, a local police officer, confirmed the questioning, however, there has been no immediate comment from Chakraborty or the BJP.

As reported by Hindustan Times, Kolkata resident, Mrityunjay Pal lodged a complaint against Mithun Chakraborty on May 6, saying the actor used a monologue from one of his popular Bengali movies in which his character describes himself as a cobra whose bite can kill anyone.

Chakraborty had moved the Calcutta high court seeking quashing of the case, but the court allowed the police to question him virtually.

Disco Dancer ‘Mithun Da' shoots for the next promo of Chikoo Ki Mummy ...

Mithun Chakraborty questioned by police over election speech during ...