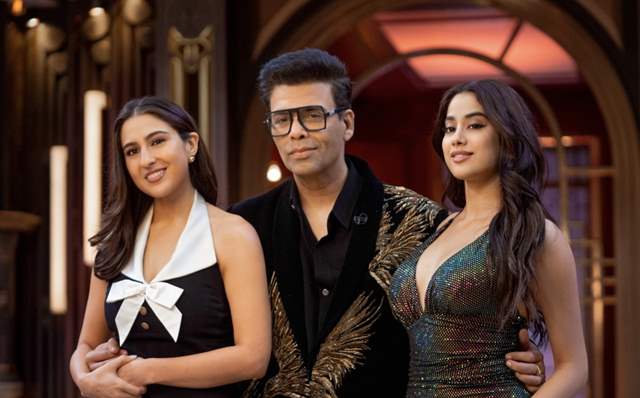 The much-awaited Koffee With Karan Season 7 is back with stirring cups of steamy confessions, secrets and manifestations. In the season’s second episode, sizzling Bollywood besties and screen favourites – Janhvi Kapoor and Sara Ali Khan grace the couch with stories about their style, wits and adventure. As the show’s iconic host Karan Johar prods them about life, work and love; names and incidents get revealed by the dynamic duo. In the upcoming episode, the two stars retrace how their friendship was sealed by becoming neighbours.

“We were neighbours in Goa and we had a common friend. Then one day we started talking. We ended up talking till 8 AM in the morning,” said Janhvi Kapoor. To this, Sara Ali Khan added that their impromptu session ended up being an all-nighter. The duo continued speaking about their escapades in Goa for two days, bonding over work, family and interests.

Adding on to their travel stories, Janhvi Kapoor recalled how she was thoroughly impressed with Sara Ali Khan during a trip to Disneyland. The daredevil Sara Ali Khan helped Janhvi jump the queue wherever possible. “She broke every line. I kept thinking ‘she is so cool’!I would never have been able to do that. Because of her, I did not even have to wait. It was the best trip ever!

Hotstar Specials Koffee with Karan Season 7 will air exclusively on Disney+ Hotstar, with new games including Koffee Bingo, Mashed Up, along with the all-time favourite rapid fire - bringing fans closer to their favourite stars. 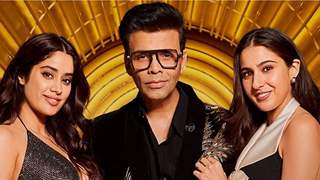