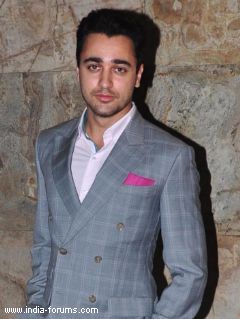 "The fact that a star as big as Rajini sir has taken part in this (animation) process is obviously a big step forward. That is the kind of thing that will encourage other people also. If he can do it, we can also do it," Imran, 31, told IANS.

Pegged at $350 million, the Indian animation industry is still struggling to find a firm foothold.

Talking about this, Imran said: "If you look back, 10 years ago even in Hollywood it wasn't a big thing. In the last 10 to 12 years, it has started growing in Hollywood and became part of the mainstream, so we have to give it a little bit of time."

"Talent is there in India. Most Holywood films' graphics are being done in India. I am talking about films like 'Batman' and 'Superman' that has happened in Mumbai. So, the talent is here, but the budgets are not there," added the star of "Jaane Tu... Ya Jaane Na".