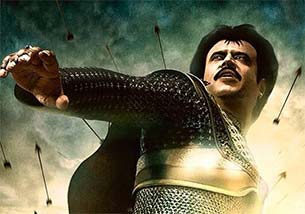 Superstar Rajinikanth-starrer Tamil period-drama "Kochadaiiyaan", the release date of which has been postponed over and over again, will finally hit the screens worldwide May 9.

"The release date has been locked as May 9. There will no further changes in the film's release," Rajinikanth's manager told IANS.

Touted to be India's first motion capture photo-realistic 3D animated film, "Kochadaiyaan" is directed by Soundarya Rajinikanth Ashwin. It has been made on a budget of Rs.125 crore.

It is jointly produced by Media One Global Entertainment and Eros International.