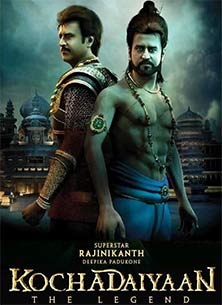 Murali Manohar, the co-producer of the latest Rajinikanth- starrer "Kochadaiyaan", which opened to mixed reports, admits the film has not done as well as expected in the north Indian belt. Nonetheless, he is confident that the team will work harder on its sequel.

"We did what we could, given restrictions of time and budget. I agree we could've done a lot better. We will work much harder on the sequel to 'Kochadaiyaan'," Manohar said.

"The 3D motion-capture technique was new to the audience in India. While Tamil and Telugu audiences took to the new format of storytelling wholeheartedly, audiences in the Hindi belt neither understood nor did they want to go with the technique. So yes, the response in the north has been disappointing," he added.

Yet, Manohar is confident of recovering costs.

"We are already a big success in Tamil and Telugu. Recovery of investment in Hindi would take longer than we expected. But we're confident of getting back our investments," he said.