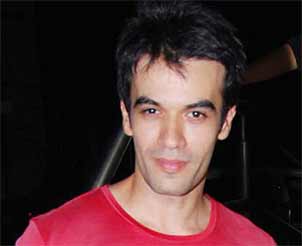 Filmmaker Punit Malhotra, who is ready with his directorial "Gori Tere Pyaar Mein" under Karan Johar's Dharma Productions for the second time, says Karan is not harsh as a producer.

"Karan as a producer is lenient enough to give you whatever you want. The advantage is he is also a director. As far as the space is concerned, he didn't come on the sets even once. As a producer, he gives you everything you want," Malhotra told IANS.

The direcor, who has also assisted Karan in movies like "Kal Ho Naa Ho" and "Dostana", calls his forthcoming film a "fun" and is not bothered about entering Rs.100-crore club.

"Rs.100 crore depends on a lot of factors. The canvas of the film leads it to that zone. Ours is definitely not in that zone. It's a very fun film," said Malhotra.

The movie, slated to release Nov 22, features Imran Khan and Kareena Kapoor in the lead.