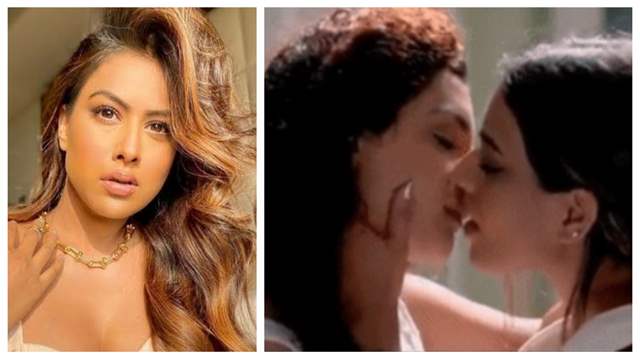 Actor Nia Sharma is a trailblazer indeed where we know how she is always in the news for all the reasons possible. Be it her bold images, or fashion choices or even work choices, Sharma knows how to turn heads and furthermore give it back to the trolls or haters.

A while ago, she did the same when she starred in a leading role in the show Twisted and did a bold choice of kissing another girl on-screen when it was still considered relatively taboo.

Interestingly, it was also the time she realised something. Speaking about the same in her interview with Siddharth Kannan, she had said, “I did Twisted when OTT platforms were in the initial stage. Today OTT is booming and how! But back then when I signed Twisted, it wasn’t so popular. When people got to know about the love-making scenes, there was a lot of buzz about the series which worked in the favour of the project. Honestly, I was a bit nervous to kiss a girl. Post that scene, I have come to believe that kissing a boy is a lot better.”

That is quite interesting, isn't it?