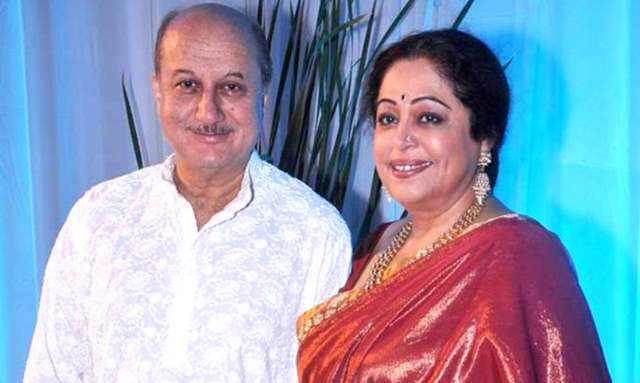 Actor and Bharatiya Janata Party (BJP) member Kirron Kher’s cancer diagnosis came as a shocker to the entire nation. While the fans are praying for her well-being, her dear husband and actor Anupam Kher in a recent interview shared a health update about his wife who is undergoing treatment.

Speaking to ETimes, Kher informed that the fight is 'tough', but that Kirron's health is improving. He also mentioned that the lockdown and COVID situation have made things difficult. Speaking of the treatment Kirron has been receiving, he said “Patients going through this treatment need something to distract themselves.”

However, Kirron can't go out to meet people but, she is on her way to better health. The Saaransh actor also pointed out that there are days when chemotherapy impacts Kirron’s state in many ways. Anupam further added that everyone is trying their best and she is doing it, too.

Kirron’s health is improving. It’s a tough treatment. She often says that the lockdown and COVID situation have made things difficult. Patients going through this treatment need something to distract themselves. She can’t go out or meet people, but the good part is that Kirron is on her way to better health. She is holding up fine. There are days when she is positive and then there are days when the chemotherapy impacts her state in many ways. We are all trying our best and she is doing it, too. The doctors do their job, but you have to keep your mental state strong to get past such a difficult treatment. She’s making every effort towards that, and so are we.

Anupam Kher also revealed that his colleague and friend Robert De Niro has been checking up on her from time to time. The two worked together in Silver Linings Playbook.

The senior actor revealed that he reached out to Robert De Niro after he saw a commercial in which the Taxi Driver actor appeared with tennis legend Roger Federer. However, Kher said that all De Niro wanted to know was if Kirron was doing well.

"Robert had messaged me when he learned about Kirron’s health. He had also sent me a video to wish me on my birthday, and he keeps checking on Kirron’s health every few days. I had texted him after seeing his ad with Roger Federer, and in response, all he wanted to know was my family’s well-being and how Kirron was doing," Anupam Kher revealed in an interview with ETimes.

Kirron Kher, is reportedly suffering from multiple myeloma, a type of blood cancer, and is undergoing treatment in Mumbai’s Kokilaben Hospital. She made her first public appearance after her cancer diagnosis when she stepped out with Anupam to get vaccinated against the coronavirus earlier this month. 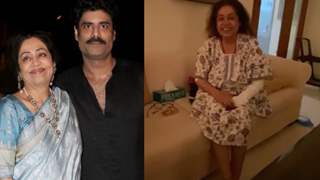 Kirron Kher looks frail but happy as she makes an appearance in son ...