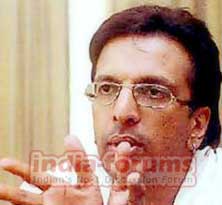 He is well-known for his appearances both on the small screen and the big screen. He has his own brand of humour. He dances his way into people's hearts with 'Boogie Woogie'. He has entertained all age groups, but with Indra Kumar's 'Dhaamal', he has endeared himself, again, to kids – he was earlier seen in the children's film, 'Jajantaram Mamantaram', and is a regular on Pogo, the channel for kids. He is Jaaved Jaafri.

After the success of 'Dhaamal', he has been flooded with offers, but he has rejected most because of the lack in conviction in the stories. Apparently, he plans to make sure 70 per cent of his films are comedies, and 30 per cent are of the serious genres. "This will ensure that the artiste in me is satisfied," Jaaved says. "As far as personal choice is concerned, I like everything. I am inclined towards comedies, because they allow me to bring some laughter into the lives of people who are depressed and helpless. I like making people laugh, making them forget, temporarily, their problems," he adds. 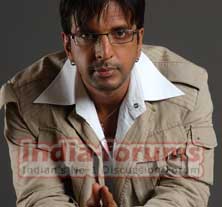 Woogie'. "I often overhear people calling a television set an idiot box. Why do these people not understand that television is a provider for so many?" Jaaved wonders. He believes reality shows are a great medium for those 15 minutes of fame.

His role of the Indian-Australian landlord in the movie, 'Salaam Namaste' was an unexpected hit. Would Jaaved repeat another character like him? To this, Jaaved compares his role to that of Amjad Khan's Gabbar Singh in 'Sholay', and emphasises that it is never as good as the first time.

There are a few films that Jaaved is looking forward to. He is certain that the audience will love him in them. He has already signed a three-film contract with Subhash Ghai – one will be directed by Ghai's ex-AD, Manoj Tiwari, the second by Parritosh Painter, and the director for the third has yet to be decided. All three will go on floor soon. Then there is the other comedy he has signed with Indra Kumar, and his co-star may be Aftab Shivdasani. Other forthcoming comedies include 'Singh Is King', 'Vada Pau', an unnamed film based on the Marathi play 'Sahi Re Sahi'. There are also some serious films lined up – Samar Khan's 'Shaurya', Nagesh Kukunoor's 'Tasveer', and one English film named 'Forest'.