Marathi feature film "Killa" will have its world premiere at the forthcoming Berlin International Film Festival.

The film is one among 12 movies chosen from across the world to be screened in the Generation Kplus competition category of the fest.

Helmed by debutante director Avinash Arun, "Killa" deals with the universal conflict of migration and how it impacts the lives of people, especially children.

"Having a world premier at the Berlin film festival means a lot to me. I am enthralled. It's a very good news and for Marathi and as well as regional film makers in india. I will be able to represent my culture and my people on international platform," Arun said in a statement.

The film, produced by Madhukar R. Musle, Ajay G. Rai, Alan McAlex under the banner, Jar Pictures and presented by M R Filmworks, will release in India in the summer.

"Killa", which stars Amruta Subhash, Archit Deodhar, Parth Bhalerao and Shrikant Yadav is the third Marathi film to be premiered and to compete in Berlin. The earlier films were Jabbar Patel's "Samna" in 1975 and Umesh Kulkarni's "Vihir" in 2010.

The festival, also called the Berlinale, will be held from Feb 6-16. 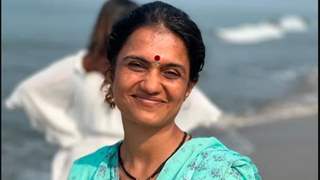 “The shoot was especially beautiful for me as I had my husband by my ...