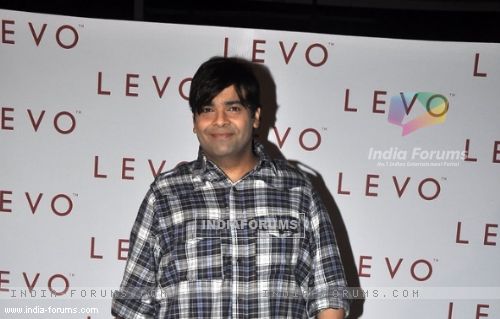 Actor-comedian Kiku Sharda was here Monday to promote a radio jockey hunt for children ahead of Children's Day, which falls Friday.

Kiku, popular for his stint as Palak on Comedy Nights with Kapil, is the celebrity judge for Big FM's BIG Junior RJ talent hunt show.

The second season of the hunt started Nov 2 to identify kids between the age group of 6 to 14 years and those with a talent for radio jockeying.

Kiku, who has two sons with wife Priyanka, said events of this kind can help the younger generation to enhance their will power and showcase their talent.

"I think it's a fantastic effort. They are providing a platform to the younger generations to enhance their confidence and will power.

"Being a father myself, I think the current generation is smarter and sharper. If during their early years, kids are getting such a platform to explore their talent, it's a great job being done," Kiku told IANS.

The 39-year-old was also seen dancing with the kids in his trademark style from "Comedy Nights..."

During the event, Kiku, who donned a blue t-shirt and denims with canvas shoes, interacted with the kids, and even gave a shot at arm-wrestling.

The winner of the talent hunt show, to be announced on Nov 20 will get a chance to join Kiku in his TV show "Akbar Birbal".

Orion 9 years ago first it was Shahid tht the media was linking up witth every actress he worked w/ n now Ranbir kapoor!
so pathetic!

supercool3 9 years ago that's a shocker ... never knew they were a couple lol

LimitLessFan 9 years ago Though he is a well known Play boy. but come one , stop linking with every one he works with , leave the gal alone too ... why are every one bothered about him alone and not her ? she is not a fab actress, just like we have so many in our present industry ...

Budtameez 9 years ago RANBIR HIMSELF PROPAGATES LINK-UP WITH ACTRESS'S.!
#
People who keep commenting " Comeon media..Stop linking him with all the actresses he works with " must realise that it is not media's fault that they keep reporting about Ranbirs link-up with his female co-workers because it is Ranbir himself who keeps propagating the idea that he's seeing leading ladies of his movies!

boondein 9 years ago You guys need to stop. They were NOT even a couple in the first place.

Real.Madrid 9 years ago Geez media needs to leave Ranbir alone! And please don't compare this Nargis to Katrina, Katrina is beautiful and has a screen presence and Nargis hasn't got any of them!

Ethereal-Path 9 years ago No offense .. but Nargis sucked in the movie!! Didn't at all like her debut... :|

J3ny 9 years ago Were they a couple at first place? Comeon media..Stop linking him with all the actresses he works with.

We would rather love reading abt his upcoming movies.Pls leave the poor guy alone..