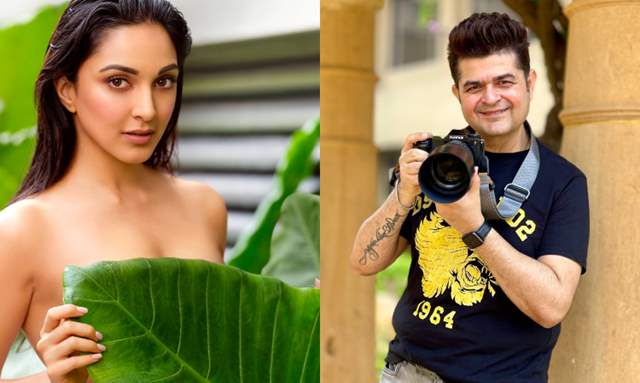 Kiara Advani went topless for celebrity photographer Dabboo Ratnani for his 2020 calendar and her picture holding a leaf gobbled a lot of attention after the release of her pictures.

However, Kiara’s pictures garnered his accusations of plagiarism after social media users pointed out uncanny similarities between Kiara Advani’s shot for his calendar and a picture of model Steph Taylor taken by photographer Marie Bärsch last year.

Bärsch posted a screenshot of such a collage on her Instagram handle to express that she was upset. “I just leave that here,” she wrote. Ratnani came up with a rejoinder saying that Tabu had shot for him in a similar theme way back in 2002. “Guess if I can reuse my camera, I can definitely repeat my own concept and if at all that doesn’t go well with trolls, then I admit to plagiarising MY OWN SELF. #loveandpeace. Huge Thanks to my friends who trust me 100! That’s all that matters,” Dabboo Ratnani countered.

Ratnani in his recent interaction with ETimes spilled interestingly about his photograph and shared that the picture was shot in Hotel JW Marriott in Mumbai. “Yes, I have read what's being said online. But Kiara has not gone topless in my black-n-white picture that has emerged of late,” he further added.

The celebrity photographer further added, “I tend to shoot in a particular way that leaves a lot to the imagination. I think too-much-sexy in your face gets vulgar. It is better to leave a certain intrigue.”

Kiara has not gone topless in her latest picture (see the pic below) taken by Ratnani for his 2021 calendar.

This is Kiara's third appearance on Daboo's calendars. Kiara Advani is seen in a black-and-white picture, sitting on a beach in sand. While Alia Bhatt, reacted saying 'Wowza', Dabboo called her an 'absolute beauty'.

For the unversed, Kiara wasn’t the only one whose pictures went viral. The celebrity photographer has seen a lot of criticism after he released the new pictures for his calendar which saw several Bollywood A-listers going nude. Celebrities like Vicky Kaushal, Bhumi Pednekar, Kiara Advani and more released their pictures.