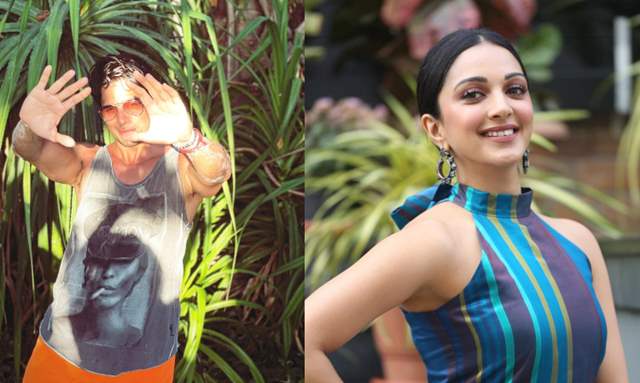 Actors Kiara Advani and Sidharth Malhotra have been making it to the headlines for quite some time now. The rumoured lovebirds have been tightlipped about their relationship, however, their fancy holidays, dinner dates and social media PDA has kept the fans discussing the duo’s relationship.

Sidharth Malhotra recently posted a sunkissed picture of himself and from the looks of it Kiara couldn’t hold back on commenting over the actor’s post. The actress’ witty comment mentioned that the photographer was too good, hinting that she clicked the picture for him.

Taking to his Instagram handle, Sidharth posted a sunkissed picture of himself which seems to be captured during his trip to the Maldives in 2020. And let us remind you, Kiara had accompanied him on the trip. Sidharth’s caption read, "Chasing the sun. #nofilter (sic)."

Shortly after he posted the picture, Kiara Advani took to the comment section and wrote, "Wow the photographer is too good (sic)." 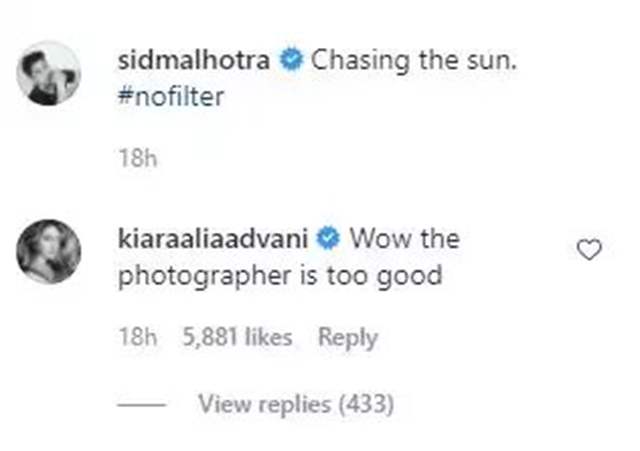 Incidentally, after vacationing together in the Maldives, Kiara had also met Sid’s parents for lunch, earlier this year.

Also Read: Rumored couple Sidharth Malhotra and Kiara Advani jet off for a romantic getaway in the Maldives: Photos