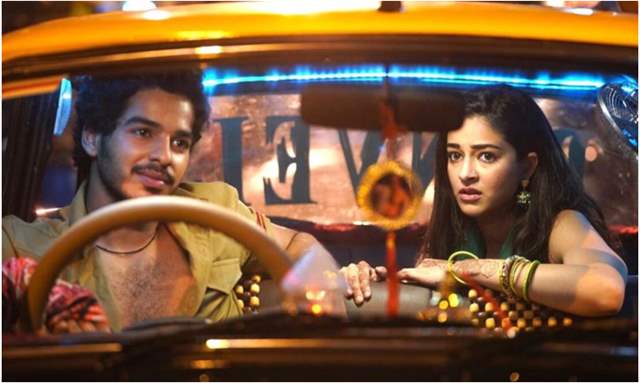 The much-awaited trailer of Ishaan Khatter and Ananya Panday starrer Khaali Peeli is out. The film is directed by Maqbool Khan and will have a digital release on October 2 on ZeePlex.

The film seems to be a mass entertainer with cliche Bollywood masala. The trailer features Ananya Panday who is on a run from the police and a villain and the hero taking on the goons amid all the chaos. Apart from that, the film also hosts cheeky, vibrant song-dance sequences.

Ishaan and Ananya took to their social media handles and shared the trailer of their upcoming film. Sharing the trailer they wrote, “Jalwaaa

#KhaaliPeeliTrailer out now! (link in bio)?Toh abb, no place to run... Nowhere to hide. Ready rehneka for a mad ride!

Meanwhile, the makers recently saw critical reviews for their song Beyonce Sharma Jayegi and was recently edited after the backlash from social media users criticised the original lyrics as racist for glorifying fair skin and making an inappropriate reference to Black American pop star Beyonce. The lyrics translated as ‘After looking at you fair woman, Beyonce would feel shy’.