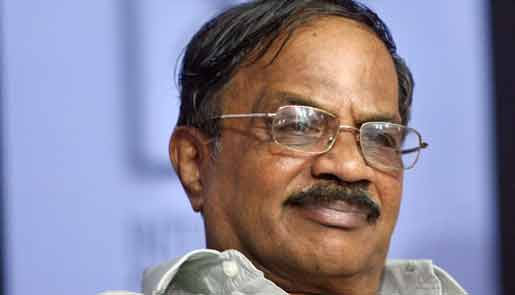 M.T. Vasudevan Nair, a gifted, well-known and veteran scriptwriter who is popularly known as MT, was given the J.C. Daniel Award for his overall contribution to Malayalam films.

The winner of the award instituted by the Kerala government was declared here Tuesday by State Minister for Cinema Thiruvanchoor Radhakrishnan.

MT, 81, is a Padma Bhushan awardee and also the winner of the Jnanpith award.

He has directed seven films and written the screenplay for around 54 films besides winning the National Award for best screenplay four times.

The J.C. Daniel Award is named after Daniel, considered as the father of Malayalam cinema for producing, directing, writing, photographing, editing and acting in the first film made in Kerala, "Vigathakumaran" (The Lost Child), in 1928.

It is said to be the most prestigious award given in the film industry in Kerala.