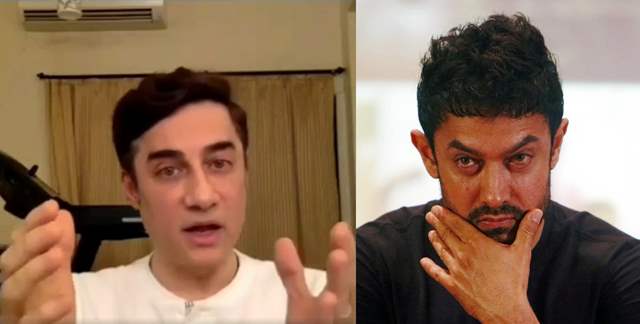 Aamir Khan’s brother Faissal Khan has made some shocking revelations about his family members accusing them of keeping him under house arrest and giving him medicines forcefully.

During his interview with Bollywood Hungama, Faissal opened up and shared that his family used to forcibly give him medications while also keeping him under house arrest. However, he also said that he did as they told him to do while keeping his hopes high that the bad phase taking place in his life shall pass soon.

He further went on to reveal that his family members then asked him to give up on his signatory rights, and that's when he decided to not bear their torture and move out of their home and move to court.

Clarifying about the 2007 news reports which claimed that he was depressed and schizophrenic and not mentally fit, he said that he was totally fit and fine and all those reports were false.

He then went on to give proof of him being mentally fit. He stated that if he was unfit (mentally and physically), then he wouldn’t have been able to handle a film on his own. He opened up about moving the court to safeguard his signatory rights for which he was examined at JJ Hospital from where he got a clean chit, followed by Faissal finally winning the case filed against his family.

In the year 2007, Aamir Khan who was battling for the custody of his brother was reported to have lost the battle, with Faissal's custody being given to his father.

The actor’s brother also speaking about mental health gave out his opinions on actor Sushant Singh Rajput’s death, who was claimed to be in depression as per several reports. Faissal spoke on the basis of several reports circulated in the media, that spoke about SSR’s inclination towards advanced space studies and also being a wonderful actor who was successful at the box office.