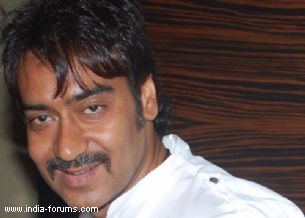 Actor Ajay Devgn, who has partnered with Brillstein Entertainment Partners to launch a US-based production house Shivalaya Entertainment to back independent Films targeting a global audience, says he is excited to be part of the changing scenario in the Hindi film industry.

The development and financing outfit will focus on independent films which will aim for broad appeal.

"At one end, traditional films continue to entertain and make business sense. At the other, there is a resounding presence of some new forms and voices making a mark in this ever expanding medium. I am keen to be part of that growth, that change," Ajay said in a statement.

"I am coming forth to support the independent film process where we can share important stories that need to be told -- global stories that will resonate with international audiences," added the actor, who has another production banner titled Ajay Devgn Films Productions.

Shivalaya Entertainment, based in Los Angeles, has given the green signal to its first film "Parched", to be directed by Leena Yadav. The movie is said to be centred on the bitter-sweet journey of women in the parched rural landscape of India.

The newly-formed company will produce films with Brillstein Entertainment Partners executive Jai Khanna, who is also serving as producer on the slate.

Khanna said: "We will also be looking at working on projects with a diversity of talent, American or otherwise, with an aim to reach out to wider audiences."