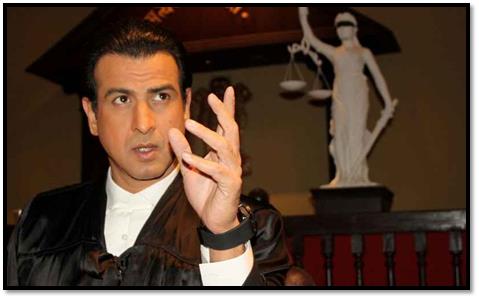 Sony Entertainment Television's courtroom drama Adaalat (Contiloe Telefilms) is back with yet some challenging cases this weekend.  In an old palace which is scheduled to get converted into a museum, legend has it that whoever takes the 16th century celebrated dagger of Raj Kunwar Bundela out of its casket, will certainly meet death! Indeed, there is a murder in the palace and at the time of the murder, the cursed dagger was found missing from its cover.

Is this a conspiracy or has the dagger broken into a killing spree on its own? How will KD resolve the mystery of the cursed dagger that can kill more people in the palace?

The next episode revolves around Ranjan Shastri, a young player is mysteriously murdered on the cricket pitch in the middle of the night. But nobody is seen entering the ground or leaving the stadium. Gaurav, Ranjan's friend and competitor is arrested by police with his bat, which is the suspected weapon of crime and is found at the site. Ranjan and Gaurav are seen fighting until a few hours ago and now he is seen bleeding to death.

How does KD entangle the mystery of the flying bat?

Will KD be able to solve these mysterious?
1 Likes