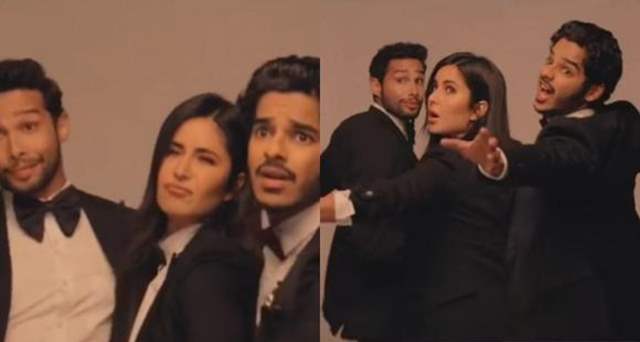 Earlier today, Excel Entertainment announced their next film titled ‘Phone Bhoot’ which will be a horror comedy and will star Katrina Kaif, Siddhant Chaturvedi and Ishaan Khatter in the lead.

After sharing the first look of the trio, the makers have now shared not one but two BTS videos from the shoot that took place before lockdown.

“These three are a party on their own. Stay tuned for triple the trouble in 2021 #BehindTheScenes#ShotBeforeLockdown #PhoneBhoot”

Adding to the shenanigans that took place on the shoot, Excel shared another video.

Watch the videos below:

The upcoming supernatural comedy is produced by Excel Entertainment’s Ritesh Sidhwani & Farhan Akhtar, directed by Gurmeet Singh, and written by Ravi Shankaran and Jasvinder Singh Bath.  The team will begin shoot later this year and the film is scheduled for a 2021 release.

Ayushmann Khurrana Reacts to Being Voted as One of the Most ...
28 minutes ago