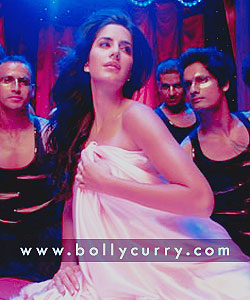 topping the poll charts for three consecutive years.
Proving that the hat-trick has been a deserving win, Kat's sizzling item number, 'Sheila Ki Jawani' from Tees Maar Khan, has gotten the nation in a dancing frenzy, while winning as many countless hearts world over.
With UK being her home country, the Brit babe has expressed how extremely pleased she is with winning the title, and has thanked everyone for their support.
Eastern Eye showbiz editor, Asjad Nazir, who was also the chairman of the selection panel is delighted about this turn out. He believes that Kat obviously deserved it if she had beaten beauty pageant winners, top international actresses, pop stars and TV personalities to claim the spot she has.
Congratulations to Kat!