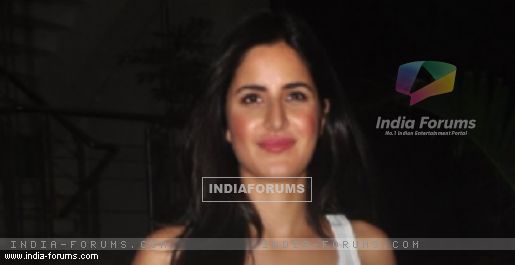 Actress Katrina Kaif, who is set for her maiden outing at the 68th Cannes International Film Festival, will not only walk on the red carpet on the fest's opening day, but will also do so the following day.

The "Bang Bang!" star will make her presence on the red carpet on May 13 and 14. Her fellow L'Oral Paris brand ambassador Sonam Kapoor will grace the red carpet of the prestigious festival on May 16 and 18, read a statement.

Aishwarya Rai Bachchan, who has been a L'Oral Paris ambassador for more than a decade, will complete 14 years at Cannes with L'Oral Paris and will walk on the red carpet on May 17 and 20.

As far as Hollywood is concerned, Naomi Watts will also attend Cannes on May 13 and 14. Actress Fan Bing Bing will accompany "The Ring" star on May 13 and 14 and so will Julianne Moore.

Singer-TV personality Cheryl Cole will make her Cannes appearance on May 15, actress Jane Fonda on May 16 and 17, and actress Andie MacDowell on May 16 and 18.