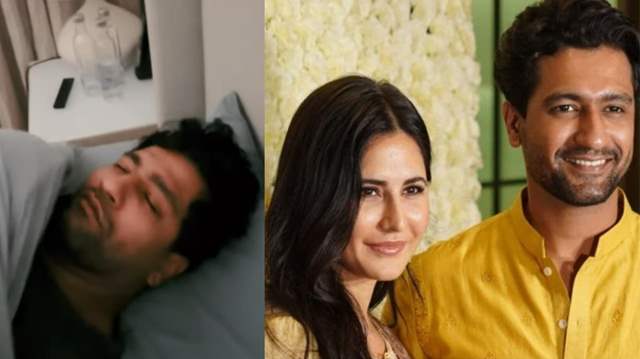 Katrina Kaif is currently revving up for the release of her film Phone Bhoot which also features Siddhant Chaturvedi and Ishaan Khatter in pivotal roles.

The Gurmmeet Singh-produced horror-comedy is set to hit the theatres on November 4 of this year. Written by Jasvinder Singh Bath and Ravi Shankaran. It is made under the Excel Entertainment label, which is owned by Ritesh Sidhwani and Farhan Akhtar.

Now as her film nears the release day, Katrina posted a lovely video to her social media account featuring her hubby Vicky Kaushal.

In the video, Vicky is spooked into waking up by Katrina by playing the "Mein Bhoot hu" sound from Phone Bhoot. Vicky can be seen waking up startled and then drifting back to sleep after hearing the sound. Katrina shared the video along with a message that read, "Biwi ka loving wake up call."

Fans went gaga over Vicky's reaction and the cute banter between the husband wife. After sometime Vicky reposted the video on his story and  wrote, "Don't try this at home Biwiyon".

In the past few days, Vicky and Katrina have been exuding major couple goals as they attended Bollywood Diwali bashes together, while celebrating the festival first time as a married couple. They also dropped some stunning pictures on their social media handles, which made the fans go bananas over their chemistry.

Talking about their professional lives, Katrina has a bunch of exciting projects lined in her kitty like 'Meri Christmas, Tiger 3' and 'Jee Le Zaraa'.

Vicky on the other hand recently wrapped up the schedule of his film 'Sa Bahadur'. He will also be seen in 'Govinda Naam Mera' and other untitled projects. 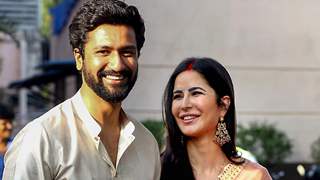